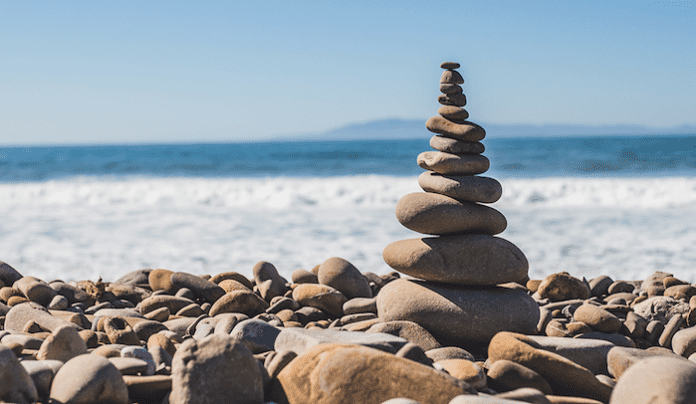 “Perception is reality.” Do you believe it?

I hear people say things like this all the time. They also believe statements like we need to work hard to be successful, we must compete to win, and stress is normal. Get used to it. Don’t give up.

I grew up with these beliefs. As a result, I worked hard. I competed. I refused to give up. And I experienced some temporary success, despite several heart-wrenching setbacks. I also believed my “unlucky” setbacks were destiny. After all, I was born on Friday the 13th with the last name Murphy, as in “Murphy’s Law.” By the age of three, I had two near-death experiences and at age 17, a prominent orthopedic surgeon told me I would never play football again. The lawnmower I ran my foot through was further evidence of my unfortunate fate. My beliefs were manifesting into evidence that proved me right. No wonder people think perception is reality. We reap what we sow, and much of what we sow is at the subconscious level. It isn’t that perception is reality. It is more like perception becomes our reality.

So, I started to question a lot of common paradigms. What if these statements are not true? What if my perceptions are wrong? What if the surgeon is mistaken? Maybe I will play football again, perhaps even for Notre Dame. Maybe I’m not unlucky. Perhaps I have been presented with life challenges for a positive reason. What might happen if I let go of these limiting beliefs?

For thousands of years people thought the earth was flat. Why? Because it appeared so. And despite the circular shape of the sun and moon, and the cyclical nature of day and night, it was considered ludicrous to think that the earth could be round and spinning and hurling through space. Today, we know better. Our perceptions can be very misleading.

The same is true for other common paradigms. Maybe we don’t have to compete to win. Perhaps cooperation is a healthier alternative. Maybe we don’t need to work hard to be successful. A lot of hard-working people are anything but successful. Could there be a better way to see and interact with the world?  What might happen if we surrender – my will to Thy Will? What if true power is all around us and always available to us? We just need to let go to let flow.

The Miracle-Minded Manager™ certainly thinks so. He looks at the world from an entirely different perspective. Rather than solving problems inside a limited mental “box,” he recognizes that the box is the problem. In this case, the ego “box” is the problem. This fear-based, dualistic mindset is what prevents people from living in peace – true peace – in any situation. To the ego, peace is a distant destination, like heaven. It is not a state of mind, here and now. It is something to be experienced later – maybe – if external factors beyond our control all align and fall into place.

To the ego there is never enough. It thinks in terms of lack and scarcity, always comparing. It also thinks in terms of us and them, good and bad, win and lose. This dualistic perspective separates everything. It takes sides and resists the idea that we are all connected by an energetic field called Love – sacred, eternal and unconditional Love.  Instead, the ego defines love as temporary, something we fall in and out of. The same is true with forgiveness. To the ego, forgiveness translates into “I was right, and you were wrong, but I forgive you.”

Here is a quick way to recognize the ego in action. Whenever you feel shame, guilt or grief, it is the ego triggering this. Whenever you feel anxious, afraid, angry, or jealous, it is the ego. Solving problems inside this box may provide temporary relief, but the symptoms will return because the root cause is still there. It may even result in additional problems.

Miracle-Minded Management is an alternative thought system. It is not an inside-the-box solution to ego-triggered reactions like anxiety and stress. It is a transcendence of the entire box. Take note. One cannot experience fear and faith simultaneously. To live with inspiration, we must surrender fear and its ego foundation. As counterintuitive as it may seem, the secret to MMM is “letting go.” Why cling to the very thing weighing you down?

As a business consultant, Murphy has delivered services to some of the world’s leading organizations, including ADP, AlliedSignal (Honeywell), BMW, Chase, the CIA, GE, GM, GSK, Hilton, Lockheed Martin, Merck, the Michigan State Senate, Perrigo, Prudential, Raytheon, Spectrum Health, Target Stores, Teva, and the US Navy. As an educator and Lean Six Sigma Master Black Belt, Murphy has trained thousands of people from over 50 countries, including Fortune 500 executives, project leaders, military leaders, managers, and black belts. He has mentored dozens of project teams in Organizational Development, Operational Excellence, Business Process Innovation and Lean Six Sigma applications. As a speaker, Murphy has delivered keynotes and seminars worldwide. A critically-acclaimed authority on peak performance, transformational leadership and healthy mind-body-spirit, Murphy is a best-selling author who has published 19 books and appeared on over 400 radio and television stations and his work has been featured in over 50 newspapers nationwide.

Miracle Minded Manager: A Modern Day Parable about How to Apply A Course in Miracles in Business was released on October 22, 2019 in paperback and e-Book. 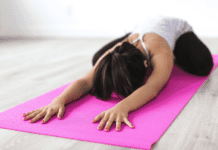 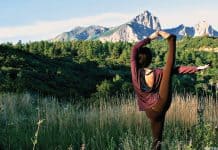 3 Tips for Using Mindfulness In Nature 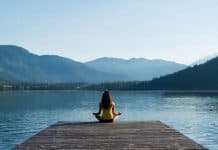 Keys to Inner Peace in a Crazy World

How to Relieve a Stiff Neck

Tips to Improve Your Sleep, Tonight

How to Relieve a Stiff Neck

Sourcing Personal Protective Equipment During the COVID-19 Pandemic From An American...

4 Ways COVID-19 Is Sparking Disruption In Healthcare According to Henry...