By Michael Clinton, author of ROAR into the Second Half of Your Life (Before It’s Too Late)

Several years ago, when I ran the Toronto Marathon, what I didn’t expect was to watch the first 100-year-old person finish a marathon, crossing the finish line in eight hours, eleven minutes, and six seconds! Fauja Singh, a British Sikh didn’t become a serious runner until he was eighty-nine and ran his first marathon at ninety-three.

I was in Toronto on my quest to run seven marathons on seven continents, a feat completed by less than one thousand people on the planet. At sixty, I celebrated by fulfilling my goal when I ran the Antarctica marathon, a fundraiser for the benefit of Oceanites, a nonprofit science and educational organization for the continent. Since then, I have ran multiple marathons and hope that I can follow the trail that Fauja has blazed!

What is it about running that has inspired so many of us to continue to put in the miles day after day and year after year?

For starters, it is great for your physical AND mental health, as well as allowing you to create a wellness regimen that will keep your weight in check and keep your health vitals strong due to the cardiovascular benefits of a run, especially as you age.

You don’t necessarily have to be a marathon runner to enjoy the benefits of running, but you never know where that first lap around the local high school track might take you!

When I was a kid, I wasn’t built to compete on the football team, so I turned to track and cross-country as my go to sport. Since then, it has been my lifelong passion that maintains my resting heart rate of forty and my college weight of 175 pounds! I’ve run in cities and countries across the globe, as it is also easy to do (all you need is a good pair of running shoes and some running apparel!).

What I particularly like about running is that you can start at any age, assuming that you are in good physical health. As you enter the second half of your life, it is an easy way to build in a fitness routine that can last for decades. Pre-run stretching also keeps you agile and helps to maintain balance, which is important as we continue to live longer lives.

According to a New York Times article entitled “Lifelong Exercise Adds Up to Big Health Care Savings,” it cites a study that shows that people who start to exercise before or during middle age typically save anywhere from $824 to $1,874 annually on health care costs.

While all of the physical benefits of running are well documented, it is the hidden benefits that lead to what I call the “moving meditation” of the sport. In a stressful world with lots of demands on our time, it is one of the best ways to destress, as it clears your head to think about how you might solve a problem or get to an important decision.

When my friend Emily was going through a difficult divorce, it was her daily running regimen that helped her get through it. My friend Marc, a recovering alcoholic used running as a way to maintain his sobriety. Joe became a runner as a way to cope with his father’s death. For so many, the mental health benefits of running are what keep them in the sport.

Running is also a community that is bound together by people who enjoy doing it together. Most of my strongest relationships have been developed through running. The shared experience allows for great conversations, giving and getting advice and celebrating all kinds of milestones on the trails. When my doctor, Keith ran his fiftieth marathon in fifty states, a group of us flew to Maui to cheer him on with the obligatory luau after the event!

What also happens when you become a runner is that you start to pay attention to your diet. You become more conscious of what you eat (or don’t eat) so that you not only feel better when you run, but you also feel stronger when you don’t run. Running is a natural way to rethink all of your eating habits, especially as we age and our metabolisms change.

So, now that I’ve convinced you of all of the great benefits of running, how do you start?

Begin with a physical from your doctor to get an okay. Go to your local running store to get outfitted with the right shoes, and then just get out there and take your first step. You might only walk first, then walk/run. But, after a couple of weeks or so, you’ll be jogging, then running, and may even be thinking about your first 10k!

Regardless of your age, but particularly if you are over fifty, now is the time to start. Set your own goals—and your own pace—and enjoy all of the benefits of a healthy running life.

Michael Clinton is the former president and publishing director of Hearst Magazines and is currently special media advisor to the Hearst Corporation’s CEO. He is also an author and photographer, who believes that everyone should strive to live their fullest life possible—especially in the second half of life. Michael has travelled through 124 countries, has run marathons on 7 continents, is a private pilot, a part owner of a vineyard in Argentina, has started a nonprofit foundation, holds two master’s degrees, and still has a long list of life experiences that he plans to tackle. He resides in New York and Santa Fe, New Mexico.

Michael’s latest book ROAR Into the Second Half of Your Life (Before It’s too Late) releases by Beyond Words Publishing this September 7. For more about Michael and his work, visit: roarbymichaelclinton.com. 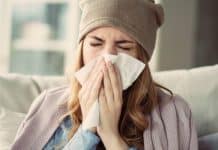 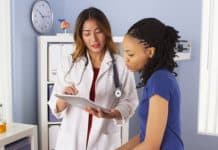 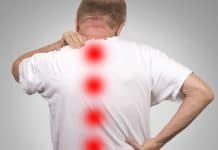 Mustering Up the Nerves: Addressing the Pain of Foraminal Spinal Stenosis