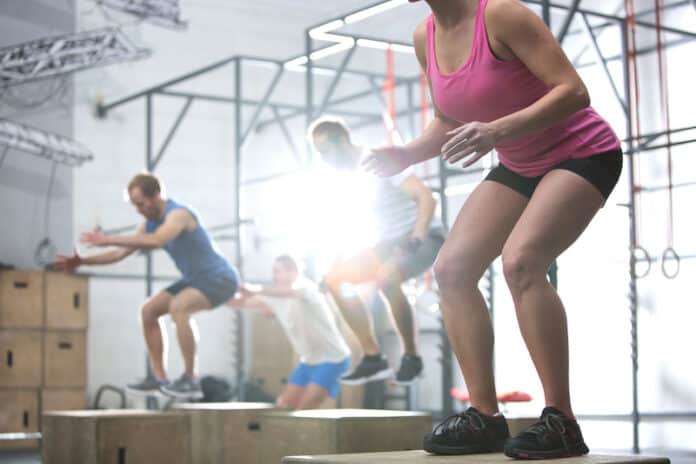 It has been reported that the Father of Medicine, Hippocrates, once said that “all disease begins in the gut.” And in my opinion he was definitely on to something, because there is plenty of credible evidence to suggest that we should be concerned about our gut health.

A recurring topic of discussion for us here at pH Labs is the gut microbiome – those trillions of microbes (also called flora, bacteria or bugs) that live in our guts. Some of these gut bugs are good, and some are bad. Clearly, you want more of the good bugs and you also want diversity in your gut. Not having a diverse population of the good bugs in your gut can negatively impact your mental health, weight, immune function, ability to absorb nutrients from foods you eat and overall digestive health and even the risk of developing cancer. There is even evidence that some 50 disorders, (such as irritable bowel syndrome (IBS)), are associated with an “out of whack” gut microbiome.

“You are what you eat, and so are the bacteria that live in your gut,” according to one report from Scientific American.

Microbiologists have surmised for some time that “different diets create different gut flora.” However, much of the prior research focused on mice instead of humans. As a result, the actual relationship between our food and our stomach bacteria was unclear.

But more recent research has revealed that “changes can happen incredibly fast in the human gut—within three or four days of a big shift in what you eat.”

This really interests me because it shows that if we pay attention to our diet, we can exercise some control over our gut microbiomes. And as mentioned, a healthy and diverse gut microbiome can greatly contribute to maintaining overall health and wellness.

So as I continued to do more research on the gut microbiome, I came across a really interesting article about a study involving four different, but geographically close, remote tribes living in rural villages of Nepal (specifically at the foothills of the Himalayas).

Researchers looked at the gut microbiomes of these four tribes, called the Tharu, the Raute, the Raji and the Chepang. Historically, these tribes have followed a “hunter-gatherer” lifestyle and diet, which essentially means a way of eating and living before practicing agriculture came about. To put it simply, this diet includes pretty much any animal swimming in the sea, flying in the sky or running through the wild. It also includes anything you can pick off of a tree, like an avocado, apple or banana.

If this diet sounds somewhat familiar to you, it’s likely your thinking of today’s trendy Paleo diet (short for Paleolithic diet, also called the caveman diet). The Paleo diet was inspired by the hunter-gatherer diet.

“Proponents of the Paleo diet follow a nutritional plan based on the eating habits of our ancestors in the Paleolithic period, between 2.5 million and 10,000 years ago. Before agriculture and industry, humans presumably lived as hunter–gatherers: picking berry after berry off of bushes; digging up tumescent tubers; chasing mammals to the point of exhaustion; scavenging meat, fat and organs from animals that larger predators had killed; and eventually learning to fish with lines and hooks and hunt with spears, nets, bows and arrows,” (Scientific American).

Obviously, people who follow the Paleo diet today are not out scavenging meat in the wild. But the general concept is to eat foods that are natural and foods that our ancestors had access to. This diet has many fans, because it stresses eating a lot of fruits and vegetables and nuts and seeds, which are nutrient-dense. But this diet also turns some people off because it does not permit eating grains and legumes and tends to be meat heavy.

Cavemen did not make bread (this is a product of modern agriculture). Dairy also does not make the Paleo cut (cavemen did not milk cows and process cheese). Corn is not a Paleo food (it is a grain). Vegetables that grow out of the ground, like leafy greens, are Paleo. This can be a bit confusing, because we  “farm” vegetables. So don’t think of Paleo as anti-farming, it’s just hyper focused on eating the most natural foods possible.

Researchers of the study were interested in these tribes in Nepal because overall they shifted from a hunter-gatherer lifestyle to a more agricultural society. (This isn’t to say that people in agricultural societies do not eat many of the foods included in a hunter-gatherer diet, however, the point is that people in farming communities are usually introduced to certain foods (corn and other grains) that were not natural to our ancestors). The researchers wanted to see if their gut microbiomes changed due to their change in diet. Some of the tribes adopted the agricultural lifestyle more than others. For example, the Tharu was the most agricultural out of all the tribes.

“The results revealed not only did each population display a distinct type of gut microbiome, but a gradient between all four populations could be identified, mirroring the populations’ transition from hunter-gatherers to farmers,” according to the article about the study.

“Comparing the four distinct microbiomes to fully industrialized populations, such as those found in North America, the research saw distinct subdivisions of bacteria, apparent in hunter-gatherer groups, begin to diminish as farming and mass agriculture influences diet.”

The article does not conclude that this change in the different tribes’ gut microbiomes is bad, but it made me wonder…

Should You Go Paleo?

The truth is that there is really no correct answer. If you do follow the Paleo diet, you have to watch your meat and animal food consumption in general. The diet stresses eating lean meats and eggs, but all animal foods have saturated fat. And eating too much saturated fat can be detrimental to your health. One study linked the Paleo diet to heart disease (due to high consumption of red meat). And complex grains, like oatmeal (which Paleo prohibits), have actually been linked to good heart health.

But fiber is prevalent in the Paleo diets. Many people forget that Paleo dieters may eat more vegetables than even some vegetarians, and vegetables are a rich source of fiber.

“The amount of fiber we consume is critical because these complex carbohydrates are what feed the approximately 100 trillion bacteria that live in our gut (our microbiota),” (Psychology Today).

“Based on modern day hunter-gatherers, it is clear that the most of their diet is filled with high fiber plants, the food that feeds our gut bacteria.”

Clearly, no matter what diet you follow, it is always important to eat plenty of plant foods such as fruits and vegetables. Moreover, always speak with a doctor or competent healthcare professional about what diet is best for you.

You don’t have to follow the Paleo diet exactly, but you can appreciate that this diet stresses healthy proteins, like fish, and plenty of fruits and vegetables. Of course if you are vegan or vegetarian, you know what foods to avoid. But again, always speak with a professional to discuss your nutrient needs. He or she might also recommend you take a nutrient test.

To read more about how you can diet right for gut health, read here. You may even want to take the pH GI Effects test, which can give you insight on the status of your gut health.

*Disclaimer: This article is not intended to provide medical advice. Please consult with your local doctor to get specific medical advice for your situation.

Joy Stephenson-Laws is the founder of Proactive Health Labs, a national non-profit health information company that provides education and tools needed to achieve optimal health. Her most recent book is Minerals – The Forgotten Nutrient: Your Secret Weapon for Getting and Staying Healthy, available through Amazon, iTunes and bookstores.