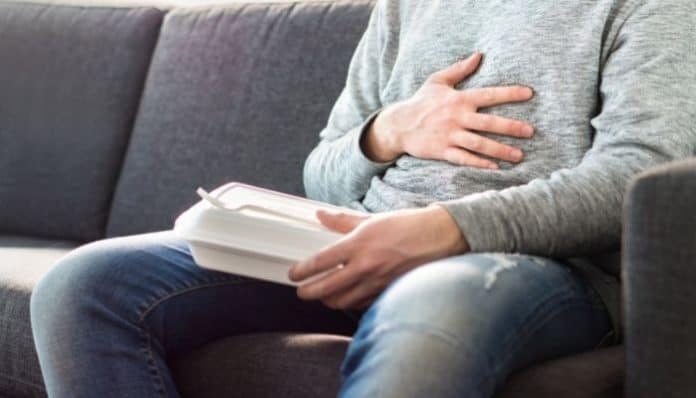 Here’s a hypothetical scenario, perhaps the very one that brought you here. Hungry but looking to save a buck or two, you peruse the prepared-food section of your grocery store’s deli. Thumbing through the prewrapped sandwiches, you find one that bears that familiar fluorescent sticker—the one trumpeting a last-minute price slash. Too hungry to say no to half-priced sandwiches, you make your purchase, but several hours later, notice that you don’t quite feel yourself.

Is this merely psychosomatic? Are you fearing the worst so deeply that you’re physically feeling the fear? Is this the onset of a foodborne illness? How long does it take to feel the effects of food poisoning, anyway? It varies from pathogen to pathogen—and, in the end, it may just be you worrying yourself sick after all.

COVID-19 has made us all dearly familiar with the concept of a long incubation period for an infection, but before the pandemic swept the world, salmonellosis was already infamous for lying in wait. A Salmonella infection may strike in as little as six hours. It may take as many as six days. This can make it difficult to deduce precisely what caused the infection.

Unlike Salmonella, the norovirus doesn’t take its time picking its spot to strike. After one or two days, the first signs of norovirus make themselves painfully apparent, with its characteristic nausea, vomiting, and stomach cramps setting in. If we can say that there’s anything remotely fortunate about this form of food poisoning, it’s that its symptoms tend to pass as quickly as they came on. People with robust immune systems can overcome the worst of a norovirus infection after a day or two.

Similar to Salmonella, how long it takes to feel the effects of food poisoning from the O157:H7 strain of E. coli varies wildly. It can take anywhere from one to eight days for symptoms of an infection to begin manifesting. Unlike norovirus, an E. coli infection doesn’t pass quickly—symptoms can persist for up to ten days.

This is the fast actor that you should worry about if you did indeed eat some expired meat on your bargain-basement sandwich. Bacillus cereus thrives on meats and meat-based sauces and can leave its hosts feeling the symptoms of infection in as little as four hours after ingestion—in other words, just enough time between lunch and dinner. Fortunately, recovery from a Bacillus cereus infection comes quickly for most people—albeit following a round or two of vomiting.