While it may seem premature to take a 7-year-old child to the orthodontist, such an early visit can save thousands of dollars in future dental issues.

“Jaw issues especially are much more easily fixed when children are young,” says Dr. Stuart Frost, an orthodontist and author of The Artist Orthodontist: Creating An Artistic Smile is More Than Just Straightening Teeth (www.drstuartfrost.com).  “This includes imbalances of the muscles of the face along with tongue and tooth-positioning problems.”

It is easier to correct skeletal jaw problems at an early age while guiding the teeth into the mouth correctly. Doing so maximizes the ability to create or maintain space in the child’s jaws to allow teeth to grow in, and minimizes the opportunity for the teeth coming in wrong, says Dr. Frost.

Dr. Frost says that after about age 9, the window closes on fixing most of the problems easily.  At that age, he says, the seam in the roof of the mouth fuses into solid bone and once it does, widening the upper palate from side-to-side is nearly impossible. If the problem is addressed before that happens, the upper jaw can be more easily expanded to create the space needed for all the teeth to come in, he says.

If a child snores, has sleep issues, bedwetting or is grinding their teeth they should have an airway evaluation done by an orthodontist as soon as possible, says Dr. Frost.

“Waiting even a few years can have a lifetime impact,” Dr. Frost says.  “By the time the child hits 11 or 12 years old and the adult teeth are coming in, the problems multiply. If we can fix the issues while the child’s bones are still developing, it will be easier and a lot cheaper to accomplish instead of after all the damage has been done.”

Many of the issues can be remedied by the orthodontist applying braces and an expander appliance to coax the structures into balance.

Not tackling these issues early can cause issues such as a flaring of teeth, underbites and adult teeth erupting sideways through the gums.

Dr. Frost says other issues that could get complicated if they are not treated early include:

These breathing issues lead children to thrust their tongues and heads forward when asleep, causing further misalignment of the jaw and interrupted sleep. Adults with sleep apnea are fatigued and unrefreshed, causing their bodies to break down as the cells become slowly malnourished.

Immune system issues unknown to humans in past generations are common today.  The immune system can be impacted by dental problems at an early age.

Allergies can play a crucial role in childhood development of the face, jaw, and teeth. They can be an early warning sign that your child’s teeth aren’t growing properly.

“The bottom line is that an early investment in your child’s health will almost certainly pay off in time and money,” Dr. Frost says, “as well as enhance their future health.”

Dr. Stuart Frost, author of  The Artist Orthodontist: Creating An Artistic Smile is More Than Just Straightening Teeth (www.drstuartfrost.com), is an orthodontist and sought-after speaker who has given seminars, lectures, and speeches throughout the world to dentists and the general public on groundbreaking dentistry. He graduated from the University of the Pacific School of Dentistry and has continued his education at the University of Rochester, where he accomplished a one-year fellowship in Temporomandibular Joint Disorder and a two-year certificate in orthodontics. 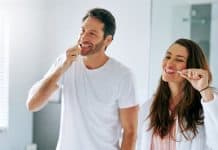 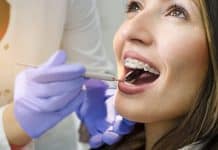 How Do-It-Yourself Braces Can Leave Gaps In Treatment 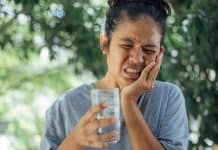