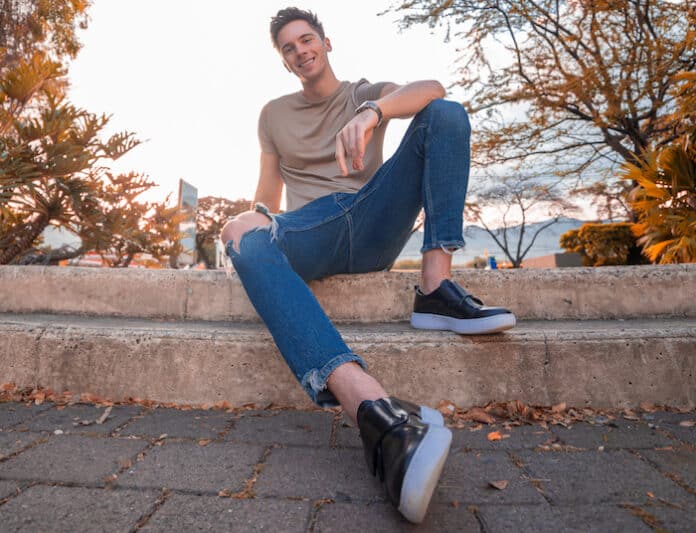 There are many ways one can learn a language. The traditional method of learning provides more of a theoretical approach to the language learning process. However, in this era of the internet, several channels can be used to teach a language, ranging from online videos to podcasts. These platforms provide users with alternative methods of learning a language. But what did Kale Anders do differently to build a business empire on language learning?

Well you might also be asking who Kale Anders is. Kale is an innovator, and entrepreneur running one of the most successful online language academies. At just 25 years old, Kale has managed to build a business generating over $1 million dollars in revenue per month. He has managed to transform millions of peoples’ lives by helping them learn the English language in less than three months. This article provides you ways in which he has used to achieve his mission and goals.

1. Identifying A Gap In Language Learning
When Kale moved to Mexico for studies, he immersed himself into the culture and learned how to speak Spanish in less than three months. Kale also realized that many Spanish speaking people had the desire to learn English but had not been able to do so. With his experiences, Kale was determined to help other people learn the English language just as fast as he did while enjoying the whole process.

The traditional methods of teaching a new language did not apply to him, and so he developed a rather unorthodox way of language learning that he believed brought results faster and more efficiently. His unique approach to learning a language has been a solution to millions of people, whose dreams of learning a new language has now turned into reality through Kale’s online academy.

2. Valuable Content
There are many courses available online in the English language. Through his online course, Kale has been able to provide value to students by providing content that is unique and helpful to his audience. Kale encourages his audience to listen to the language they are trying to learn for pleasure, with the help of transcriptions, as language learning is more intuitive and developed subconsciously.

With the right motivation and attitude, students find joy in the learning process and thus can get results much faster and more efficiently. Kales has developed content overtime to help his audience embrace these techniques with much success.

3. Leveraging Social Media
Social media is a great way to reach masses of people across the globe. Kale uses different social media channels like Facebook, Instagram, and Youtube. In less than six months, he has seen exponential growth in the number of followers across his social media accounts.

By embracing this technique, Kale can grow his revenue through increased traffic from all the different channels, while also expanding and building his brand.

4. Determination
With millions of Spanish speaking people interested in learning English, Kale made a difference in their lives by sharing his techniques of learning a new language. He started with zero followers in his social media channels and has built close to a million followers on most of his accounts.

Kale has continually invested in his social media and online course, to reach more audiences and impact more lives. For Kale, helping people learn is dear to him.

5. Investing In Brand Credibility
Credible brands will lead to successful businesses because people usually buy from people they trust. Kale developed content that solved peoples’ problems and helped them to achieve his goals. Throughout his interactions with his audiences, Kale continues to provide value every day. He is a practical example that his technique of learning a new language works. In his different social media accounts, there are many testimonials about the positive impacts that his methods have brought.

Like any other business, Kale has been able to bring a product that solves a particular challenge, expertise, and innovation to help numerous people get value for investing in a course. His sheer determination to grow his business by expanding his reach through different online platforms has seen him reap benefits and thus building an empire at such a young age. Kale still has a determination to reach greater heights.